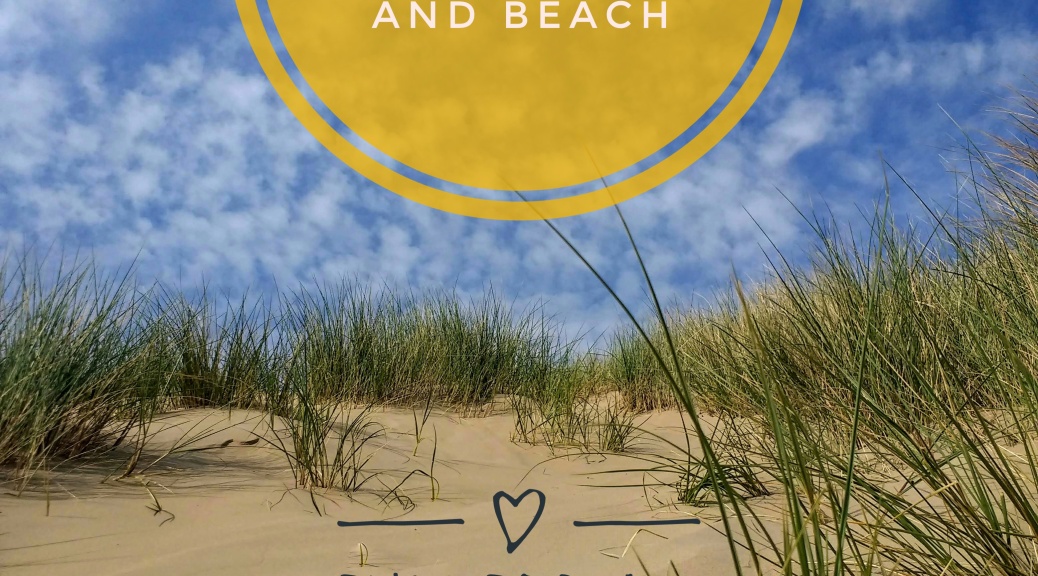 In our last post we left you at Kidwelly Castle, South Wales and had been travelling down from Whitemill. We were aiming to work our way along the Welsh coast to be in Somerset in 10 days time. Looking on the map, we found a large green area with what looked like a country park. We decided to visit Pembrey Country Park to see what it had to offer. As you can see on the map, it’s not far from Kidwelly, just 5 miles!

We secured our stuff and took a slow drive. When you turn off of the A484 you go over a railway bridge which is a single track and governed by traffic lights. You will then see a small car park on the left called Penybeed car park. There are some lovely walks from here. If you follow the road down a bit further you will then arrive at the entrance to visit Pembrey Country Park and a beach site. It is one of Wales’ top visitor attractions.

A park warden greeted us in the toll booth at the entrance to the park. It is £5 entrance/parking all day and they are open until 10pm. We didn’t realise there was an entrance fee and didn’t have cash on us at the time. Luckily they allowed us to drive on through and pay at the visitor centre with a card.

With over 500 acres of land and beaches, we had lots to discover! Find out more below!

Although the park, is today a stunning, green and lush parkland, it wasn’t always this way. The park has had many uses over the years and there’s still evidence for you to explore today!

The sand dunes provided an excellent location for the manufacturing of explosives during both World Wars. It was the site of Pembrey’s Royal Ordnance Factory. The earliest munitions were produced here as early as 1882. Using it’s remote location, the dunes would greatly reduce the impact of any accidental explosions. The factory, employed mainly by women as the men were at war fighting, has as many as 6000 employees producing Dynamite and TNT.

After the First World War the factory closed in the 1920’s, the administration building was then used to house the children of unemployed miners. They were put to work in the factories to produce a component of printing ink, Carbon black.

At the start of the Second World War the factory re-opened and covered over 200 hectares of land. This mainly covered the sand dunes. The nitration and other dangerous buildings were located here a safe distance away from the admin buildings such as surgery, canteen, police barracks, central office and library.

Railway tracks used in the movement of the explosives can still be seen today. They are especially prevalent around the children’s play area.

Production continued at a low level after the war. It was again was relied upon to produce more around the time of the Korean war in the 1950’s. After the war, the factory was mainly involved in the decommissioning of bombs by breaking them down. The factory closed its doors in March 1965.

Pembrey’s beach, Cefn Sidan, is the resting place of a large number of shipwrecks – many can be seen on google maps! Some of these wrecks have been dated back as far as 1668 and show how important the shipping route was with the movement of timber and coal along the Welsh coast. There are over 300 shipwrecks on this coast line that they know of. Many more are still waiting to be discovered. It’s not just the boats that have been discovered here! Anchors, now placed by the beach car park were discovered within 200 meters of each other. Found near the low water mark with a chain between them. These are the heavyweight anchors from a vessel of at least 1000 tonnes!

The sand here is a very fine sand and the dunes are constantly changing and shifting. Reports indicate that the beach can raise or fall by over 6 ft depending on the storms and the tides either burying the beach, or exposing the wrecks underneath and is proof of just how difficult this stretch of coast line was for the boats to navigate the ever changing sand banks.

The sand dunes can be very dangerous due to the type of sand and constant shifts. There are signs up warning not to dig in the sand dunes as they easily collapse.

The beach is an excellent spot for treasure hunting. Aside from the occasional new discovery from the shipwrecks you can find a lot of shells here for your DIY projects. It is great to visit after the high tide and sift through all the debris washed up. Do be cautious though – the beach also has some dead jellyfish wash up and some are huge! For reference, I am a size 8!

The beach is 8 miles long and full of golden sand. It is one of the few places where you can watch the sunset over the sea and the red sky shining on the exposed rib cages of the ship wrecks are a sight you won’t forget!

Pembrey has lots of activities on offer. You can treat the family to an adventure filled week away there and do something different every single day! Why not have a go at the following activities;

Whether you want to have an adventure or just relax on the grass or the stunning golden award winning beaches that have been compared to the carribean minus the palm trees, there is something you will fall in love with!

There are 2 campsites at Pembrey. A camping and caravan club site just on the edge of the park or Pembrey campsite within the park featuring 320 pitches. They cater for all with non electric, electric and fully serviced pitches.

They have 2 toilet and shower blocks with a family shower room as well as washing up rooms for your dirty cups and plates. The wardens are very helpful and are only too happy to tell you about the area and where to visit as well as its history!

If you are looking for a season pitch for your motorhome you will be glad to know that Pembrey do offer either a season pitch or just a summer pitch where you can hook up all of your gear and visit as often as you like through the season. Everything you need will be here when you visit Pembrey Country Park.

Pembrey Country Park has beautiful walks, nature trails and coastline views. A mapped walk took us on a 4 mile hike through woodland and via the historical relics of the munition factory.

If you are brave you can try and make your own path but do be aware, these woods are large and you can easily get lost!

We hired two bicycles for an afternoon. You are not limited to staying on the site. There is a coastal path that runs from Chepstow to Queenferry. We decided to cycle to Burry Port and have a well deserved bag of chips and back. Sadly for us the weather turned rather wet and windy so we had to cut short our adventure and good job too as we had rather tender bits for a few days afterwards!

As with many places, there is nothing quite like a good ghost story. Pembrey has its own collection. It is reported that everything from ghost ships and sailors walking along the beach to bears in the woods have been reported. The ships would sometimes be carrying exotic animals, such as dancing bears, for entertainment. When they were ship wrecked it is believed that some of these animals found their way to shore and lived in the woods. It had so many reported sightings around the site that the UK television show Most Haunted spent a night here to investigate!

Believe what you may but there is no denying that the beach and woods in the dark do take on an eerie feel when the mist starts to roll in! If you go down to the woods today, you are sure of a big surprise!!!

There is so much here that we didn’t have time to explore and we are looking to visit again with a group of friends. It was a wonderful place to visit and off peak for a non electric pitch cost us £17 a night. That meant that we didn’t have to pay for parking in the park as we were already there as paying campers.

We saw many a family there with the children playing and having fun outdoors. Whether for a day, a week or for a season pass we recommend you visit Pembrey Country Park.

If you have enjoyed reading about Pembrey, you can check out our other locations here!